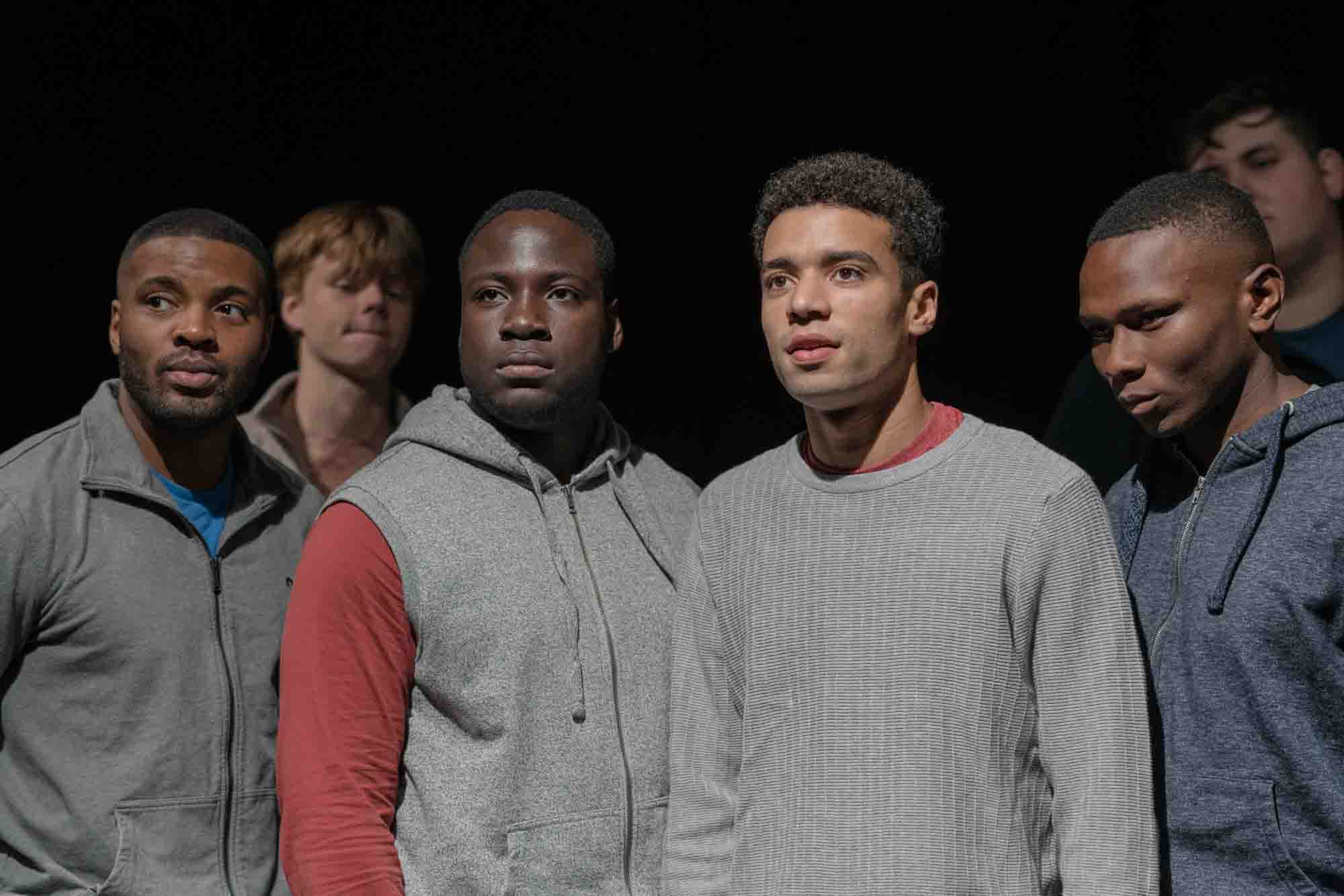 In it, he reflects on how to ask “a group of people from a background estranged from the theatre to make a show” and the capacity of theatre when presented by someone ‘real’.

The feeling of watching these mostly physically imposing men admit to feeling scared, alone, and sick of having to pretend its okay, in a church hall surrounded by guards, is one of the few times in my career I’ve felt like theatre has a genuine purpose.”

Theatre is, by deﬁnition, the act of rebelling. It’s holding broken systems to account and demanding a conversation about ﬁxing them both in, and outside, of theatre itself. In this instance it’s a group of men holding a patriarchal world of toxic masculinity in prison to account, and demanding its reform.”

Book your tickets to The Jumper Factory here