The Monkey: a Synergy Theatre Production at Theatre 503 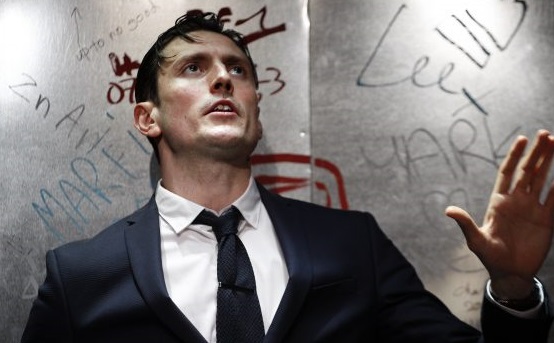 The Monkey: a Synergy Theatre Production at Theatre 503

On Wednesday 15th March, National Criminal Justice Arts Alliance Communications Officer Kate Davey went to see Synergy Theatre Project’s production of The Monkey at Theatre503. In this blog post, she reflects on the play and how it might resonate with people with experience of the criminal justice system.

“The Monkey is part of Synergy Theatre Project’s Homecomings series, a festival of new plays by prisoners and ex-prisoners about ‘getting out and going home.’ Directed by Russell Bolam, The Monkey was written by John Stanley, a lifelong Londoner who has written poetry since childhood and recently completed a novel based on his life story. The Monkey is John’s full length professional debut, and is the result of his participation in a Synergy Theatre Project new writing course.

The play begins with a smartly suited character centre stage. The character, we find out, is Tel. Tel left his old stomping ground of Bermondsey behind, and now only robs the occasional house, mainly earning his money through dealing in moody (fake) clobber in Deptford. He’s only returned to this old haunt to retrieve a monkey (£500) he lent a friend.  Whilst he’s waiting for the lift in the tower block where he used to hang out, taking drugs, two of his old friends appear.

Tel has known Dal and Becks a long time, since before he went inside, since he was a kid. Dal was even there when he had a serious head injury, falling from a ladder during a robbery. During this meeting, tensions are high. Tel obviously wants Dal and Becks to know that he’s doing well, he’s not dealing, and he’s not ‘drumming’ (robbing) any more. He makes his money in a respectable way now, selling fake clothes, phones, and other items he can get hold of over in Deptford. There is some secrecy surrounding why Tel is there at the tower block where Becks and Dal live. There is suspicion, and curious but guarded questions. Dal and Becks have become good friends with Thick Al, the guy Tel is there to get his money back from.

There is a moment, when Becks leaves the scene, where Tel and Dal sit on the stairs for a heart to heart – but not before Tel has wiped the stair down with a tissue from the packet he carriers around in his pocket. The tissues return throughout the play, a nod towards Tel’s new, clean life, and his want for something better. Dal and Tel reminisce for a while, before conversation turns to Tel’s reason for being there. Dal lets slip Thick Al’s been dealing drugs and Tel wants to know where he’s been getting them from.

In the scenes that play out next, there is a sense that the lives of these four characters; Tel, Dal, Becks and Al, are weaved together, a web of companionship, loyalty, and history, but also darkness, suspicion and anxiety about who they can trust and who they can’t. There is touching loyalty and protection for Al – even from Tel at times – because he’s young, only 21, and all three know his mother. During Tel’s interrogation of Al, there are moments when there is a sense that Tel can’t let himself go any further because of an underlying understanding that Al is somebody’s son – and not just anybody’s son, but the son of someone Tel was once almost romantically linked with.

The play is darkly comic, painting a picture of how lives lived so close can become so broken. There are violent, aggressive scenes coupled with scenes of touching openness. The relationship between Tel and Dal highlights the need for closeness, but also a raging desire for respect – even amongst the people you used to deal and do gear with. It highlights the desperate contradictions of life after prison – the want to be near to people you are close to, people you know, and people who understand you, but also the desire to escape where you came from, to be a different, better, more respected person. Tel embodies this, confusing respect with violence. He switches between taking gear with Thick Al, the one who owes him money, to tying him to a chair and severing his ear.

This portrayal of life after prison is frank and heartwarming in places. It shows the inner conflicts that underlie the want and need to start afresh coupled with the contrasting magnetism of home, and it touches upon mental health issues – Tel hears ‘lousy lispers’ (whispers, in his own rhyming slang) that encourage him to do violent things. The final scene sees Tel asking Dal if he thinks he might have a chance with Becks, even after his ‘lousys’ have told him to strangle her. This yearning for a ‘normal’ life plays out against real struggles, both internal and external, that surely resonate with many as they try to build a new life after release.”