Releasing your mind from prison 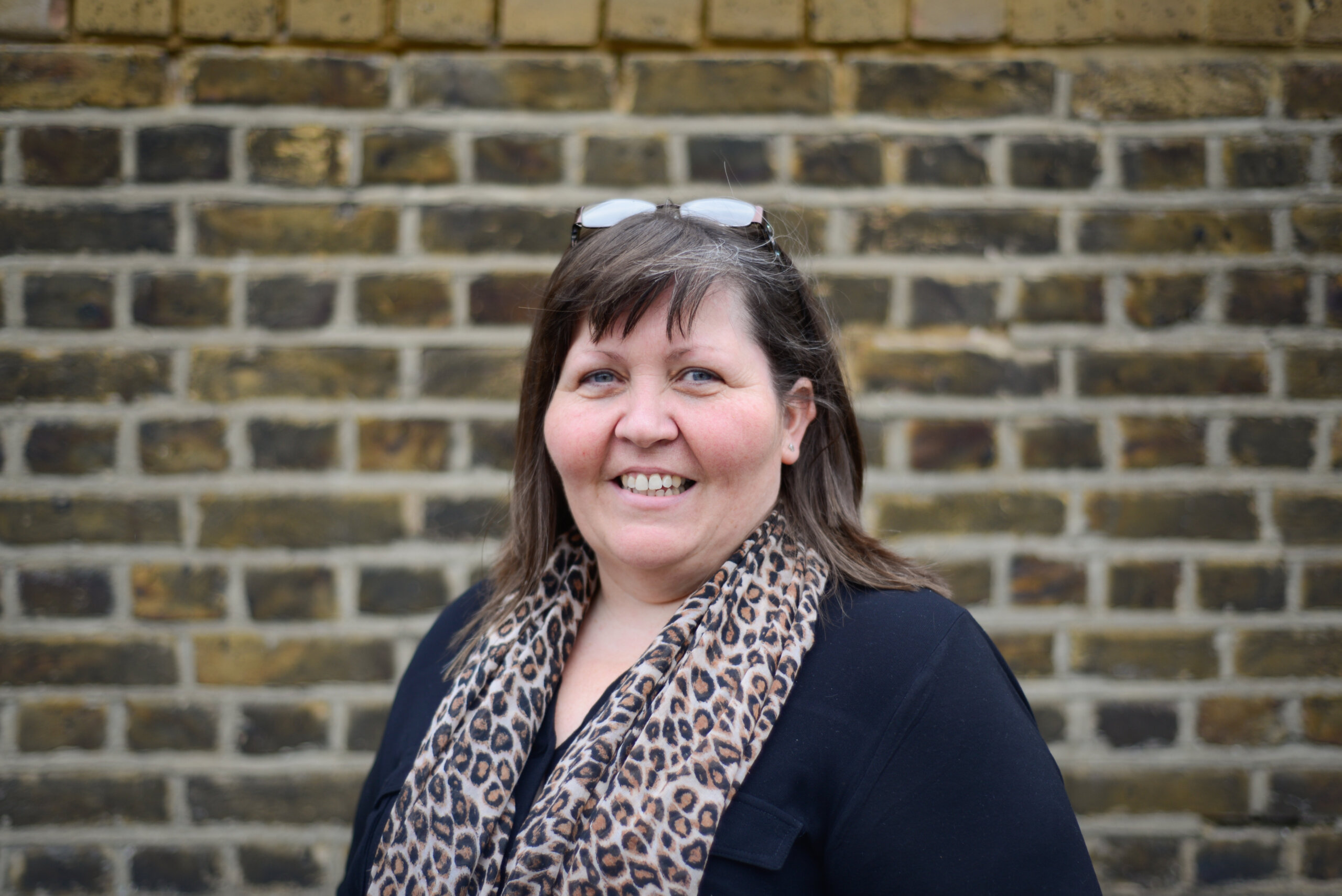 Releasing your mind from prison

Listen to Dawn Harrison’s episode of the Crime and Consequence podcast: ‘Releasing your mind from prison’. Dawn Harrison is a Senior Interventions Coordinator for Changing Lives, a charity in the North-East of England. Her creative thinking in the fields of arts, culture and heritage underpins her work in the field of criminal justice. In the episode, she reads her essay from Clinks and the National Criminal Justice Arts Alliance’s recently published book Crime and Consequence: what should happen to people who commit criminal offences?

This episode and fourteen others are available to listen here, or you can subscribe to Crime and Consequence wherever you get your podcasts.

The Gemima Project was born from a conversation about a local heritage venue, the Arbeia Roman Fort in South Tyneside. The venue wasn’t being accessed by women on current probation orders, despite being on their doorstep. When asked, the women told me they didn’t feel they belonged there – that they were excluded from ‘these kind of places’ which ‘weren’t for them’. They also told me that supervised contact with their children often took place in venues like fast food outlets – and their children would often get bored because of the lack of things to do.

I began to think about how we could work from the outside in: bringing women who felt excluded, or excluded themselves, into places of culture and heritage as alternative spaces to hold their contact sessions in.

I contacted Tyne and Wear Archives and Museums, a group of local museums and galleries. Arbeia Roman fort in South Shields is famous for the discovery of the remains of a Roman goddess figurine. Working with Archives and Museums staff, the women involved in the hub started looking at Goddesses: who made them, what qualities they represented and their legacies. The insight prompted the group to ask themselves, what did they want to be remembered for? This led to a lot of reflection about their own lives, particularly the behaviours they didn’t want to be remembered for. This discussion set the foundations for their core belief in the possibility of change.

The women decided they wanted to design their own modern-day Goddess – Gemima. Starting life as a six-foot paper collage, she carried with her small but significant hurts – representative of the women’s pain. She also held items representing change, such as a butterfly signifying the women’s belief in the possibility of evolution. The women also gave her a crystal ball – because if they could have seen into the future then they may have made different choices. The collage generated a short but powerful collective story where the women spoke of courage and endurance – the first time they had started using language which moved on from crime and punishment. They were telling their story through Gemima and it didn’t hurt so much anymore. They were sharing experiences and gaining strength.

Suddenly a sense of pride was emerging, in the work they had produced and the learning they were leading. Together, we realised that they had shown courage in designing their Goddess. However, despite this progress the women still described themselves as not ‘worthy enough’ for cultural spaces. They kept telling me nobody would want to hear their story. I kept challenging this – and each time I introduced another art form or venue to explore.

The boundaries were beginning to break down and the women were starting to believe that their stories should be told.

This change in mindset highlighted the therapeutic nature of the work. I noticed their language and behaviour changing – they were using more positive words, walking a bit taller and attendance at the hub reached a real high.

The women asked if it was possible that they were art installations in their own environments. If an object can change an environment by its presence, and these women certainly had plenty of presence, then imagine the impact they could have?

I decided to take them to experience the full impact of some large installations and to a really different place from South Shields. Securing funding from South Tyneside Culture Spring programme, I contacted the Kielder Forestry Commission to arrange a curator-led tour of art installations in Kielder Forest, Northumberland. The women were gobsmacked when they were told that they were going exploring – the levels of excitement were beyond anything I’d anticipated.

This was a significant turning point for the group. Not only was a cultural organisation making a statement that these women were ‘worthy’ of the experience but the group themselves mirrored the space they were in. Their behaviour was fascinating.

As people who have expressed suspicion of new experiences and unfamiliar environments they initially approached the installations with caution. Then I watched as they ran towards one particular piece – a large wooden head – climbing inside and viewing the world through its eyes. They were touching, smelling and asking questions, their curiosity being actively encouraged by the curator.

As they sat on the reclining chair sculptures at the edge of the reservoir one woman commented that they were suddenly very small. I asked if she had ever felt large? This led to discussions around feeling exposed and ‘very visible’ in their own environments.

Following this the women took part in an artist-led workshop at The Customs House, a cultural venue in South Tyneside. The artist involved encouraged the women to consider that art is personal and therefore means different things to everyone. They were different in this workshop, there was a confidence that wasn’t there before. The artist asked them to take part in drawing activities and where there had previously been hesitation, there was now willingness and excitement.

The group were in control now and driving their learning together and there was a tangible sense of Gemima being a special part of them. They would get the collage out and just lie it over the table while they were taking part in the session. The women were so invested in what they had achieved, Gemima was a part of them – they had shared their story and been encouraged to do so.

I contacted BALTIC, the UK’s largest contemporary art institution based in Gateshead, and told the story of Gemima. They offered to work with the group, inviting them into the space and to work with an artist to transform Gemima’s story into an animation.

When I told the women that BALTIC wanted to work with them, the room lit up with excitement. But whilst they were confident in their own abilities, there was still caution about judgements that ‘the type of people’ who visit art galleries may make about them. The women weren’t walking around with ‘offender’ signs above their heads, but they were used to carrying guilt and shame which felt visible.

The women visited BALTIC to work on a logo for Gemima, which they printed onto t-shirts. The logo put a stamp of ownership on the project and it made her theirs. This reinforced the idea that they had become part of an elite group – the type of people who go to places such as art galleries and take part in cultural activities. Artists each and every one of them, every effort was taken to ensure the women would feel welcome and they did. The women’s attitudes were changing, they weren’t intimidated any more, their voices were being heard and they were responding to this. They were finally coming inside.

Seeds were planted at this stage. They had told the story of Gemima but how would it feel to tell something more personal, their own story? The group ran with this and the conversations reverted back to the idea of what they wanted to be remembered for. They made reference to Gemima being something their children and parents could have pride in and reflected that they had no idea that probation would be like this.

The women also took part in a book making session which detailed their own stories. There was a noticeable difference in their approach – in the endings of the books their lives weren’t over. Their offending behaviours did not define them but were a part of their journey, a chapter in their narrative.

BALTIC arranged for an animation specialist to come to the hub to bring Gemima to life. The women did everything from designing the clay models to narrating the voice-over. There was a launch for the animation, which all the women attended along with their probation officers to witness how far they had come in their probation journey. The animation was on display, with the women’s own books, in the adult library at BALTIC for six weeks. The feedback was that people were visibly moved after seeing the women’s work.

On the day of the launch one of the women couldn’t attend. During the opening speech the women received a text from her saying she was standing outside crying. The women went and got her, she came inside and they all offered a hug, a cuppa, an appreciation of what she had been through. Together they made it okay for her to bring her pain – the pain they all knew – into BALTIC with her.

A journey begins and a shift in attitudes occurs. As ‘offenders’ the women had lost their cultural identity. They had become used to being done to, not with, to being excluded, not included. The women shared their whole stories and in doing so their whole selves. We didn’t avoid difficult hurts, this enabled progression in attitudes and behaviours. The women started to become themselves again and arts, culture and heritage proved to be great vehicles for the journey.

The women are now equipped with tools, language, a positive outlook and raised aspirations. Through Gemima, their hurts were moved just far enough away to allow them to reflect and begin to heal. This, in turn, promoted a change in their behaviour and attitudes – about themselves and what they now expected from life. The progression was not about moving on to education courses or gaining employment, it was about psychologically moving on from powerful emotional pain. The women who took part in the Gemima project have since moved on to work or education. As far as we know, no one has reoffended. I firmly believe this was because they were provided with a rich cultural bed of experience from which they grew.

So, what should happen to women who commit criminal offences? They need to be given spaces, places and tools which allow reflection and promote change. As proven with the Gemima Project, a creative approach – in the right environment and with the right partners – does just this.

Watch an animation telling the story of Gemima here 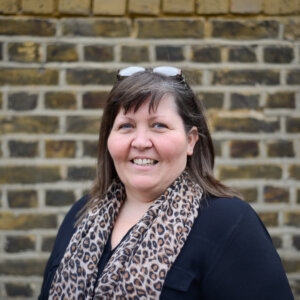 Dawn Harrison is a Senior Interventions Coordinator for the Changing Lives charity in the north-east of England. Her creative thinking in the fields of arts, culture and heritage underpins her work in the field of criminal justice.