Learning from experience: the impact of the NCJAA’s professional mentoring scheme 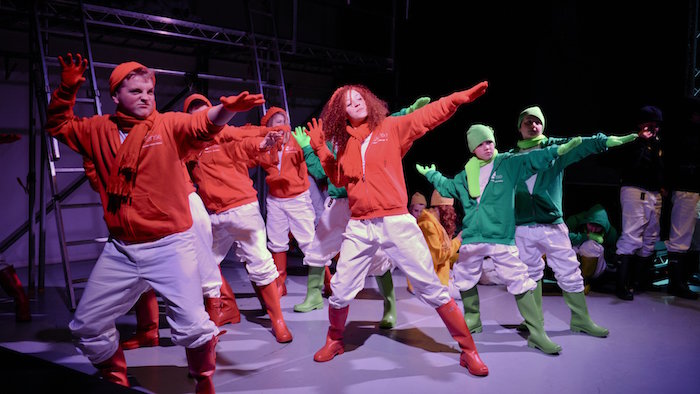 Learning from experience: the impact of the NCJAA’s professional mentoring scheme

Marnie Forbes-Eldridge is the Associate Director of Prime Theatre. In 2016, she applied to be a mentee as part of the National Criminal Justice Arts Alliance’s professional mentoring scheme. In this blog post, she shares the impact that being part of the scheme had on her – both in a professional and personal sense.

“Two years ago we embarked upon a project called IMPACT, which aimed to use drama skills with those who are not in education, employment or training (NEET), or those at risk of becoming NEET. We aimed to work with 3500 young people aged 15-25 and to support some to gain 600 Arts Awards qualifications. We knew we would be working with a wide variety of groups and wanted to draw on as much support as we could.

We saw the mentoring scheme with the National Criminal Justice Arts Alliance (NCJAA) and thought this could potentially be really useful for IMPACT – often, young people who are NEET can be connected to the criminal justice system in some way. We applied and were lucky enough to succeed. The NCJAA were fantastic right from the start. I was asked a few questions about what I thought I needed most, and to begin with, I really didn’t know. Although I had worked with vulnerable young people before, I had never had such a large mandate and my knowledge was quite basic. I wanted to learn all I could.

I was paired with my mentor, Judy, and we met halfway between where we both lived. We had a coffee and began our mentor/mentee relationship. Judy gave me an insight into her experience and I explained our aims for IMPACT. It became obvious from the start that the project would really work as an early intervention, and as a result of this we changed the starting age to ten rather than fifteen. Our participants covered such a broad range; we had young people connected to the youth offending service, young carers, young people in education other than school, refugees, and some who were vulnerable due to complex and varied life experiences. Judy gave me an overview of the criminal justice system and pointed out some really useful places to look for information. From this first meeting, I knew I had someone who was experienced, knowledgeable, and someone who was a great listener. From this first meeting, I also knew I needed to scale back the work to ensure it was ambitious but also effective.

Due to the way I juggle family and work, the rest of our meetings were conducted via telephone, acting as a point of inspiration during a trying and sometimes lonely task. We planned what we would discuss and then looked at the challenges. I learned a great deal about best practice – some things I was doing already (and took for granted), and some things I knew I could improve on. Managing the project and being the main practitioner was hard, but Judy helped me break things down, encouraged me to not take on too much, and helped me to see the worth in what I was doing. She helped me put things into perspective and find ways to step back and appreciate what I had achieved, which can be difficult.

The whole process has been helpful and sustaining and it has really helped the project grow. Without Judy’s mentoring, I wouldn’t have been able to be all things to it and keep a clear head. My last meeting with Judy focused on where I was going, and working on my own professional development as part of the process has been something I have really cherished. I have learned a lot about working in the arts and criminal justice sector, and I have also learned a lot about myself as a practitioner and manager.”

If you would like to be mentored by an arts and criminal justice expert, applications to be a mentee are now open. Please click here for more information.