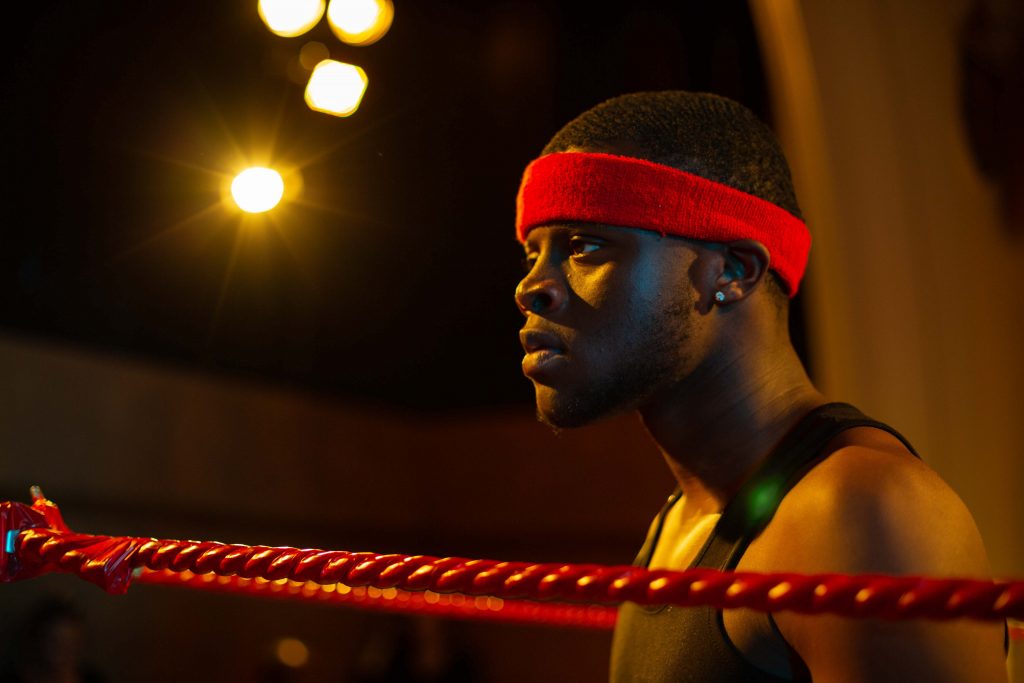 Shakespeare’s tragedy is remixed by Intermission Youth Theatre Company for Clapham’s Omnibus Theatre, breathing fresh life into the stories of Othello, Iago and Desdemona in this new production directed by Darren Raymond.

“London 2019. Championship boxer Othello has chosen Michael Cassio to be his corner man. Rejected, Iago is riven with jealousy and deceit. Desdemona is in the center of their conflict which may (or may not) lead to a calamitous end.

In an explosive mashup of language, Othello’s story is staged in a modern day London boxing ring, urgently reinventing Shakespeare’s warnings of manipulation, division and revenge.”

The young people Intermission Youth Theatre work with come from socio-economically disadvantaged backgrounds in the Greater London area who are vulnerable, lacking in opportunity, at risk of offending or with convictions.