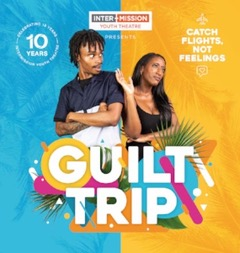 Intermission Youth Theatre‘s modern re-telling of Shakespeare’s Much Ado about Nothing looks at loyalty, trust, equality, gender and respect.

Don P and the Aragon boys – Benedick and Claudio – have been invited to the party island of Messina by promotor Leon.  Also in Messina (unbeknown to Leon), is his younger sister Hero and feisty cousin Beatrice.

Claudio falls instantly in love with Hero and pleads with Don P to help him win Hero’ love. Don P agrees and a plan is hatched. Claudio has to marry Hero in Messina to prove he is serious!

Also in Messina is Don John, Don P’s illegitimate and jealous brother.  Prepared to do anything to ruin the happiness of his brother and the Aragon boys, Don John plots to deceive Claudio into believing Hero is unfaithful.

Meanwhile Benedick is highly irritated by the sight of his old flame Beatrice.  Don P hatches a plan to set them up.

Will Claudio get his girl? Will Don John ruin the party? Will Beatrice and Benedick hook up?

It’s all happening in Messina, the land of sun, sea and social media!