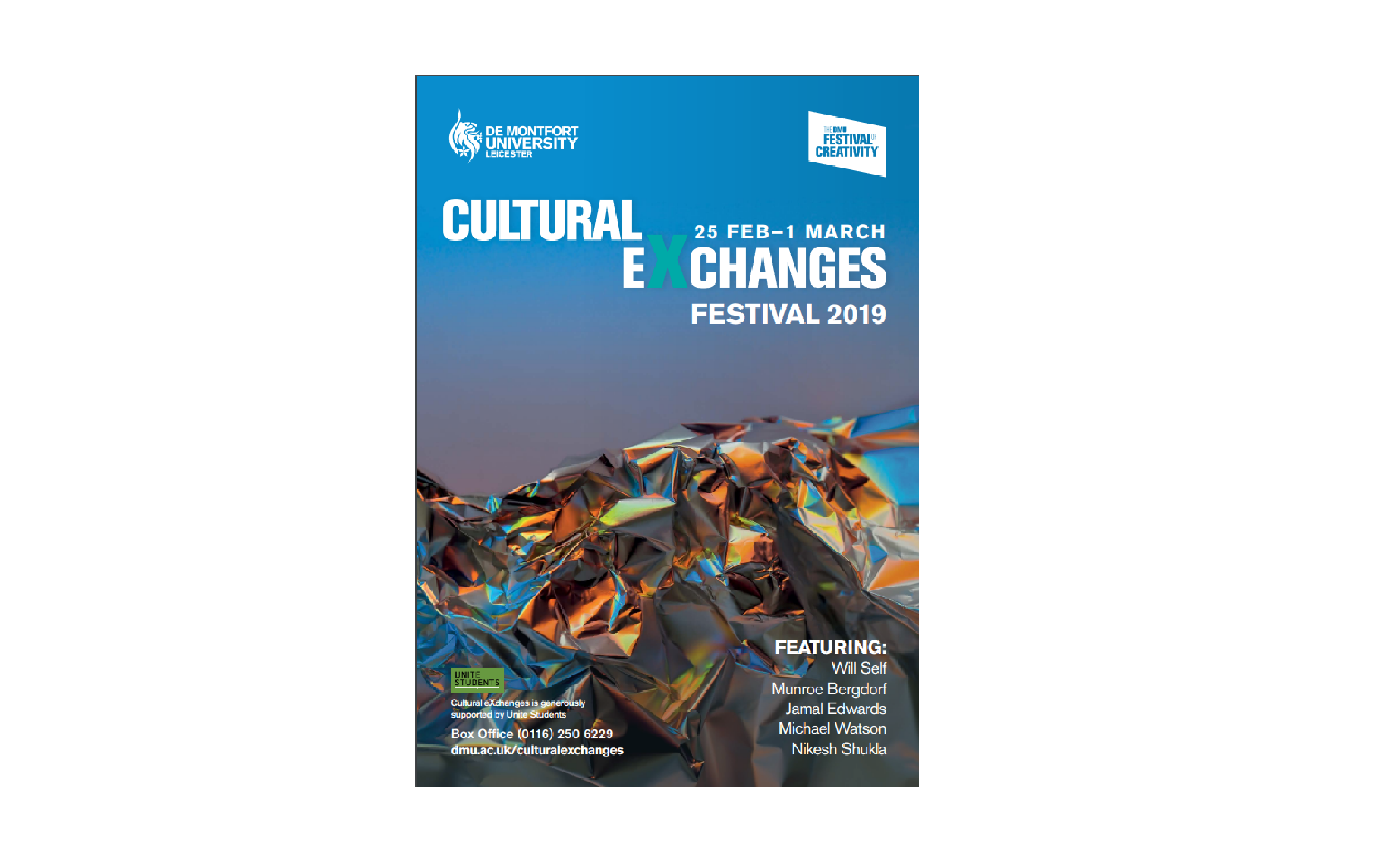 The Cultural eXchanges festival (25th February – 1st March 2019) features a variety of guests and speakers from the cultural and creative industries. Now in its eighteenth year, the festival is held annually at De Montford University; hosted by the Faculty of Arts, Design and Humanities and run by the third year Arts and Festivals Management BA (Hons) students.

The festival features a two-part Art in prisons event.

PART I: 2-3pm, Clephan 3.03
2017 saw the launch of Talent Unlocked, a two-week prison arts festival. As part of the partnership between DMU and HMP Leicester the festival is produced from both inside and outside of the “wall.” During 2018, the festival ran simultaneously in HMP Leicester and HMP Stafford. This session provides an opportunity to discuss the challenges and the organisational differences between the two prisons. The panel is led by Jacqui Norton (DMU) and Dr Victoria Knight (DMU).

PART II: 3-4pm, Clephan 3.03
Chris Heighton (DMU), presents an insight into the evolution of participatory music programmes at HMP Leicester. He will share the journeys of professional and student musicians. Chris creates platforms for musicians from both sides of the “bars” to produce original music. This has included working with DMU partners, the Philharmonia Orchestra and the Guildhall School of Music and Drama.