He will be working with Welsh National Opera on a number of new projects and has also worked with ENO. He was associate director to John McGrath on Lemn Sissay’s Channel 4 documentary ‘Superkids – Breaking Away From Care’. He is a former Creative Associate of National Theatre Wales where he oversaw the companies research and development strand and delivered the ‘Assembly’ programme (a series of performance debate events) across Wales and beyond, with the final event taking place at the New National Theatre Tokyo in Japan.

Abdul is a Clore Cultural Leadership Fellow (2013-14) during which he spent time at Film4 and M&C Saatchi. He is a member of the British Council’s Arts and Creative Economy Advisory Group and a trustee of dance company Impelo and No Fit State Circus.

He has worked with a range of other organisations including Contact Theatre, Theatre Royal Stratford East, RSC, the National and the Almeida. Internationally he has worked across Europe, India, Sri Lanka, Japan, South Korea and Australia. He is a visiting lecturer at the University of East London and has guest lectured at a host of other institutions. 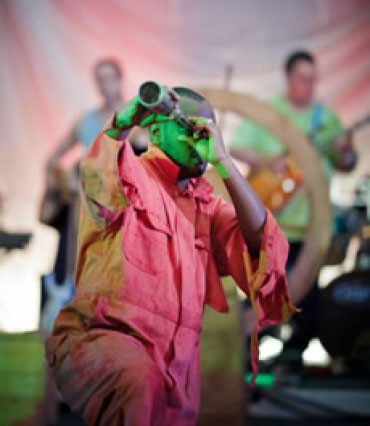 How does the National Criminal Justice Arts Alliance support its network?

The steering group, elected annually, sets the strategy by bringing together experts from across the arts and the criminal justice system. They work together to: